Apsley House Bowls Club was set up by Dr Brightman ( Broadstairs Council Chairman) during WW1. In 1917 the rinks were laid out in his back garden, facing what is now Lawn Road, and were mainly used by returning servicemen at the end of the war.
When Dan Mason gifted the Recreation ground to the town in 1921 by way of his personal thanks to the troops, he set up a bowling green in the grounds ( now the present Broadstairs Bowls Club ) closing not only his personal double bowling rink in Pierremont Park, but also closing the Apsley House Bowls Club. 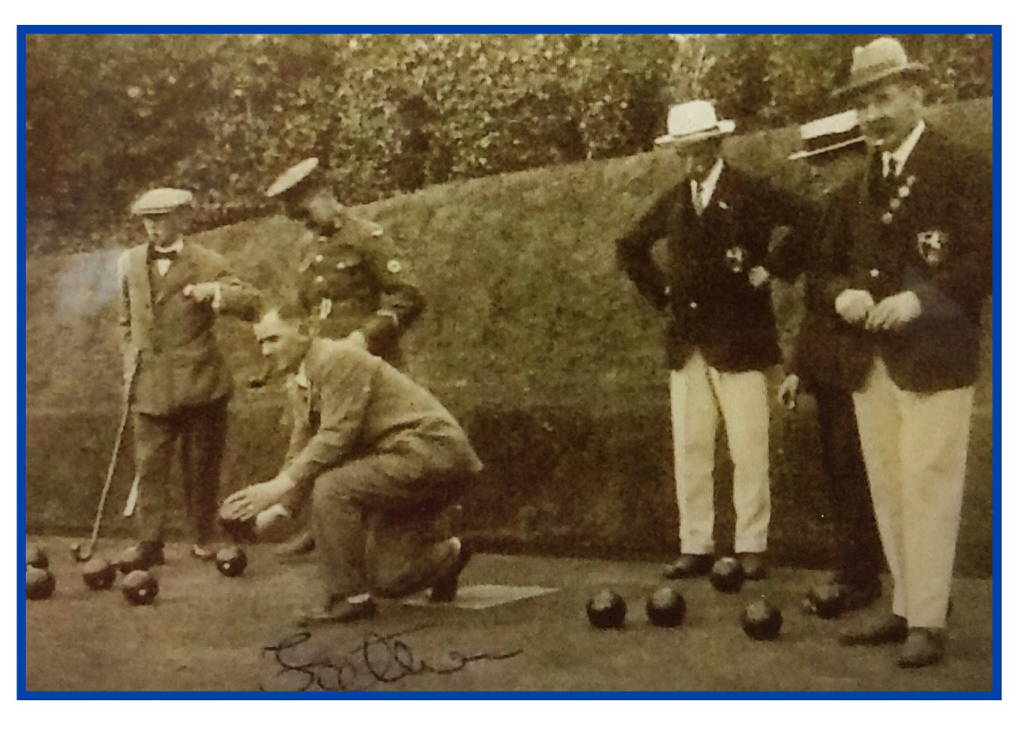 Our Club House and greens today...... 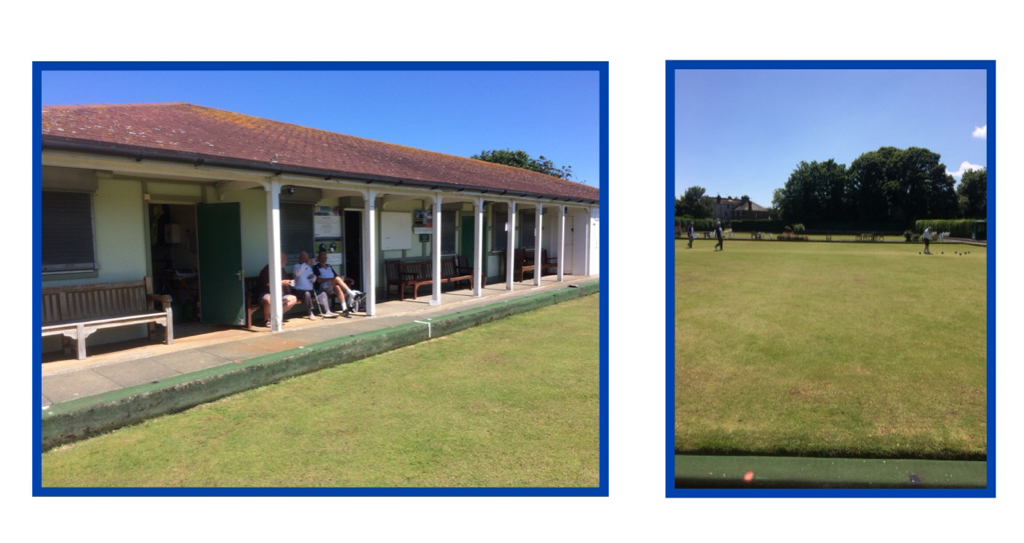 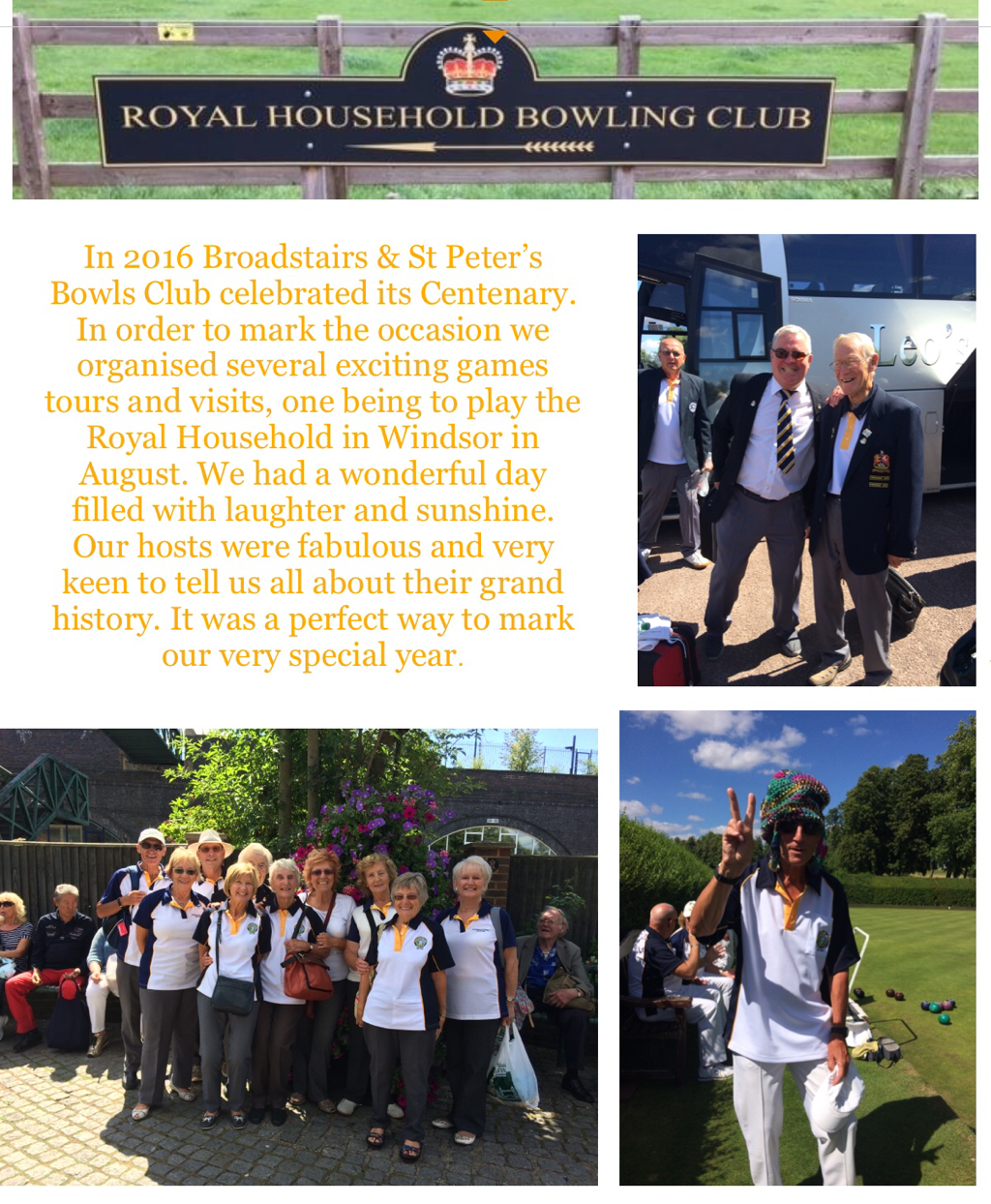 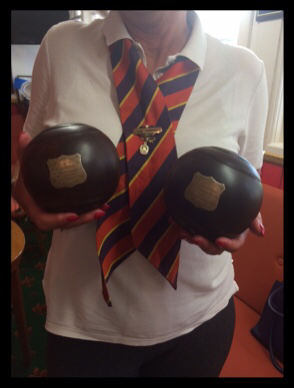 We then played host to the Royal Household by inviting them to a return match here in sunny Broadstairs, and it was a great day. 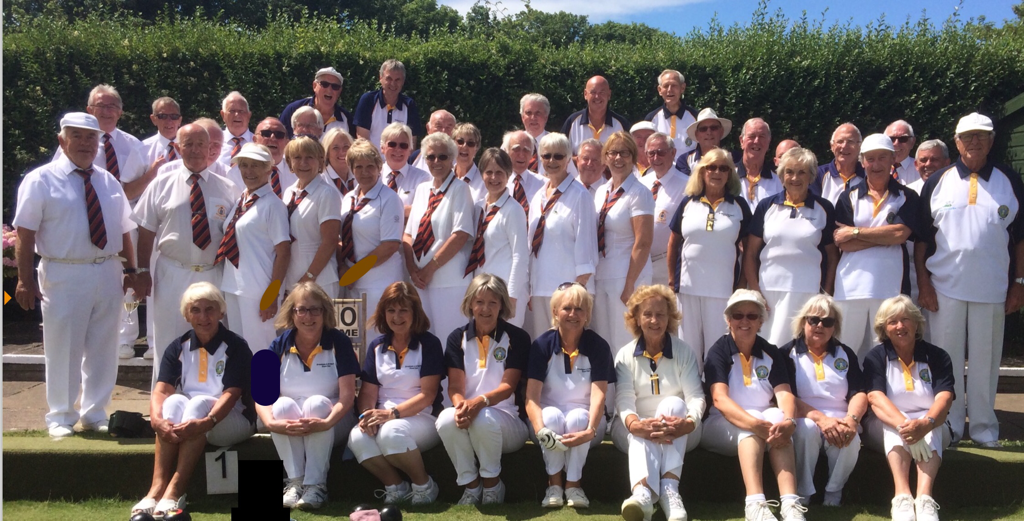 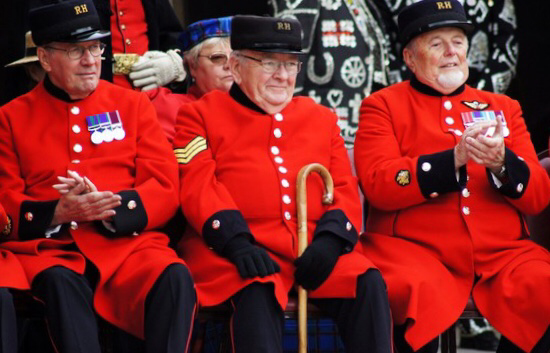 Three years ago we requested a visit from the Chelsea Pensioners bowls club. We were told that there was a four year wait, so fingers crossed next season 2020 we will be able to welcome them to Broadstairs and give them a game. By all accounts they are all real characters and lots of fun so we look forward to that day very much. It will be quite a coup for our club.

Before our season began way back in March 2019 the Committee decided our club house needed a re vamp. As it was quite dark with brown walls the decision was made to paint it cream to brighten the place up. A work party was arranged over the next few weeks skilfully managed by our Maintenance man Ray Spalding. Altogether we had 17 members show up in their overalls and old jeans, we had music playing and we set to.
It took 30 litres of paint and several man and woman hours but we got the job done, and we’re very pleased with the results. 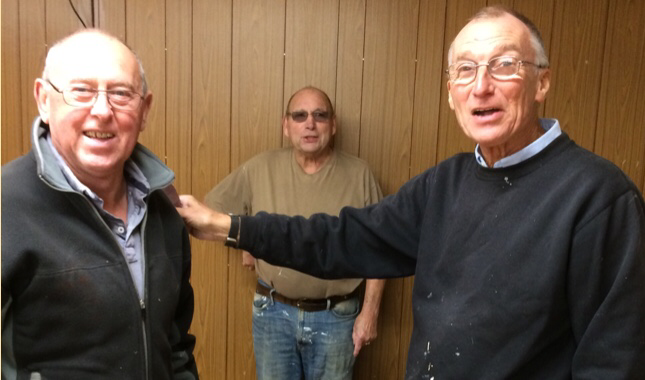 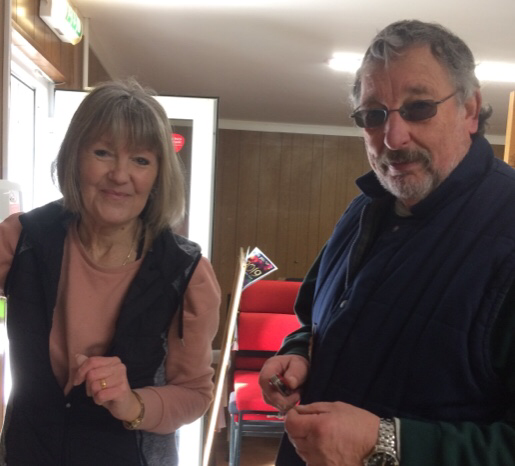 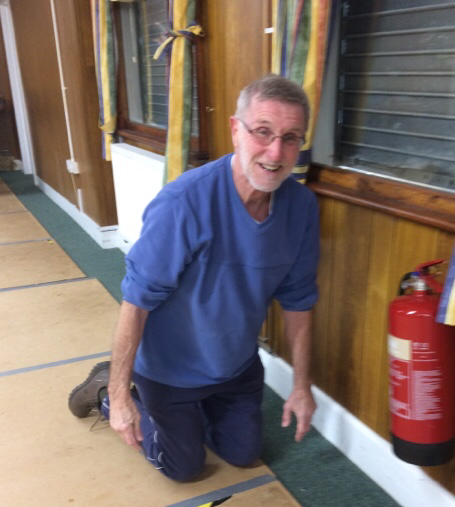 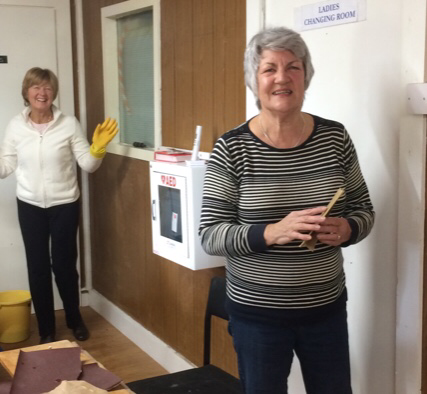 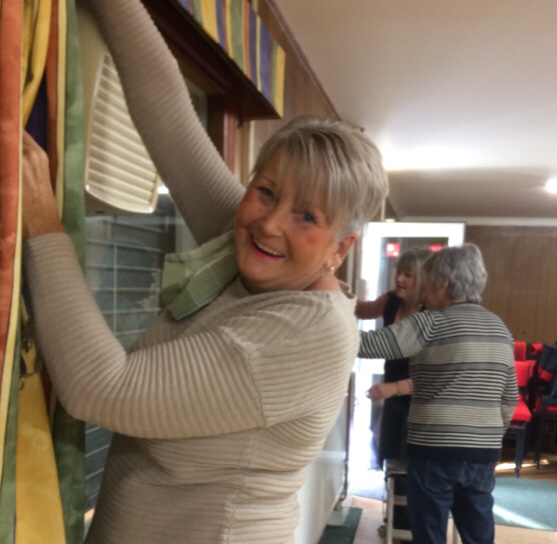 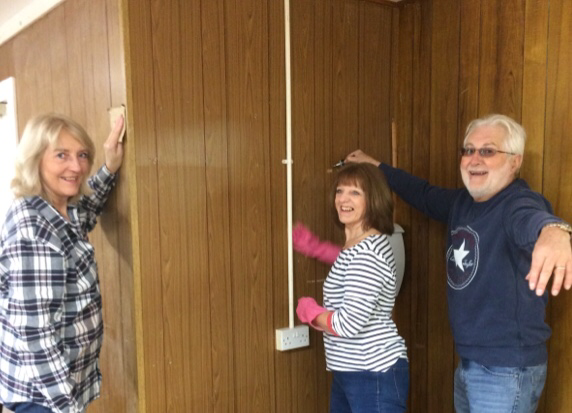 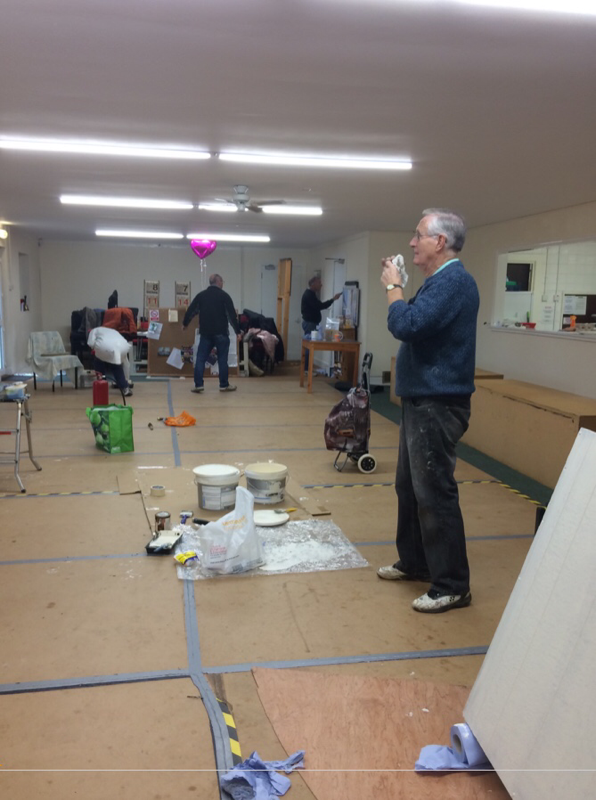 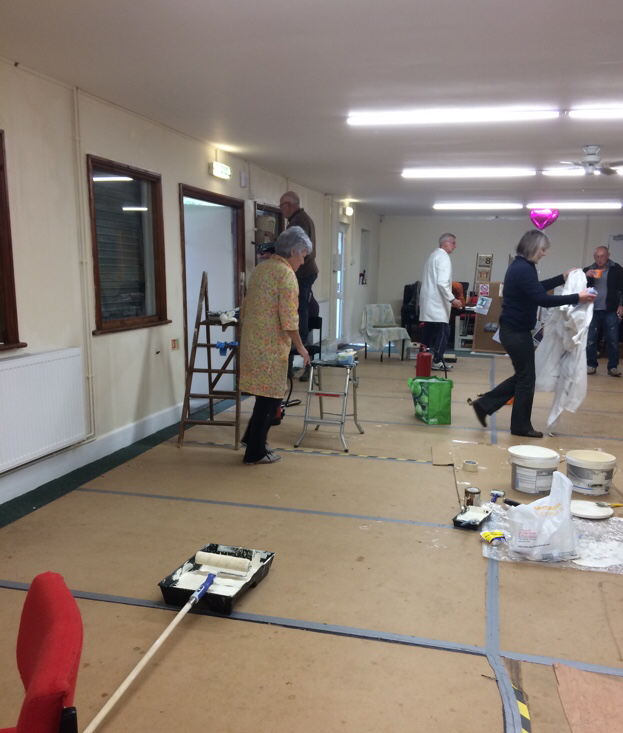 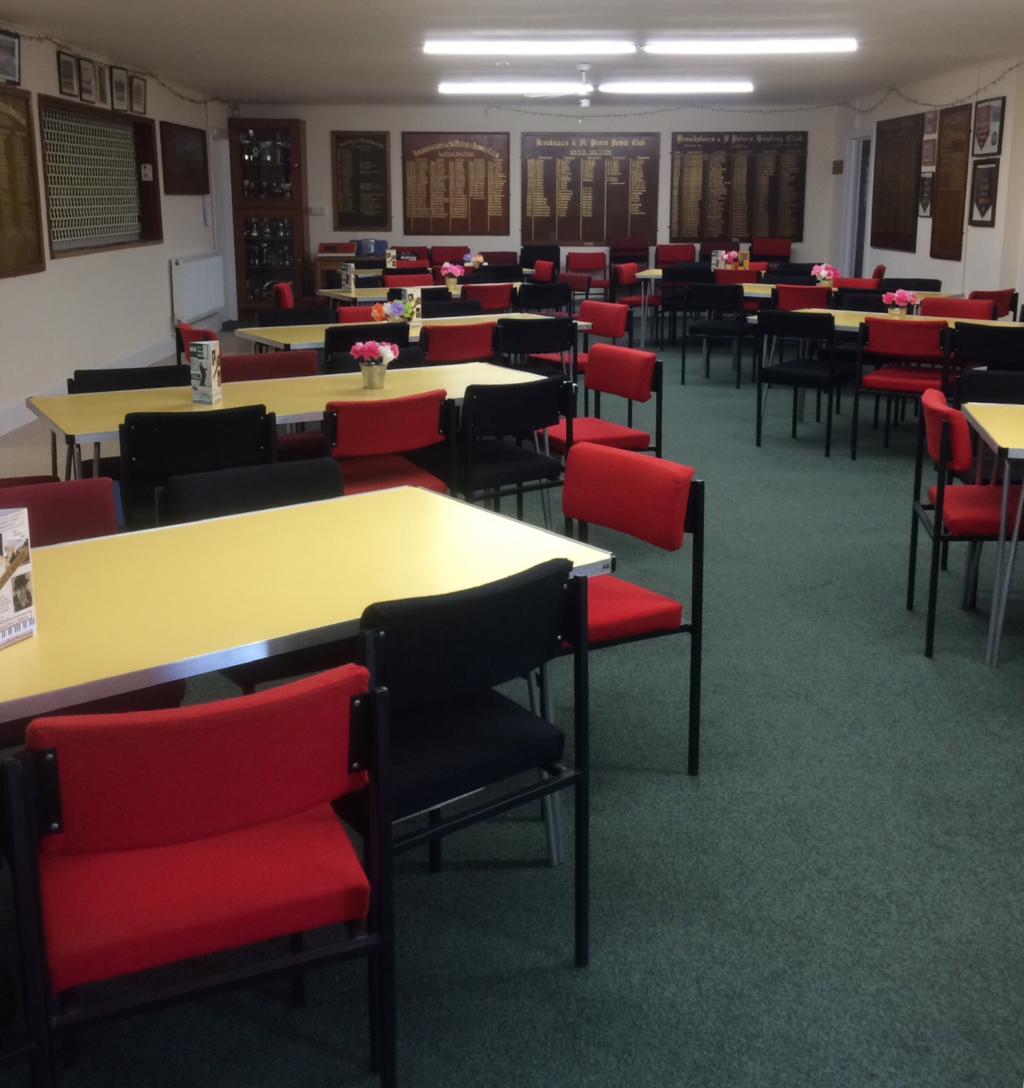